Madeleine Peyroux is an American jazz singer and songwriter who began her career as a teenager on the streets of Paris. She sang vintage jazz and blues songs before finding mainstream success in 2004 when her album Careless Love sold half a million copies.

Careless Love (2004) is a rich collection of cover versions with tunes from Bob Dylan to James P Johnson, and included Peyroux’s milestone rendition of Leonard Cohen’s "Dance Me to the End of Love." For the sole original on the album, producer Klein and Jesse Harris co-wrote Madeleine’s signature tune and many fans’ favorite, Don’t Wait Too Long. With sales of half a million copies the album shifted Peyroux from the exclusive Jazz realm into the mainstream arena.

With Mollie O'Brien and Rich Moore

Much like songbird Edith Piaf, Madeleine Peyroux spent her teenage years busking the busy streets of Paris. Just like the ‘little sparrow’, Madeleine befriended the city’s street musicians and made its Latin quarter her first performing stage. Years later, Peyroux would cite iconic Piaf as an influence on her music and record a rendition of the classic La Vie En Rose, soulfully capturing the tune’s romanticism and melancholy.

Born in Athens, Georgia in 1974, Madeleine “grew up in a house filled with music” and from an early age “instinctively realised music’s soothing power” but it was her teenage years in the French capital that turned the childhood notion into an all-consuming vocation for life.

With endearing passion and great curiosity the unstoppable genre-defying virtuoso continues her search for the good and examines life with the treasured William Congreve belief that Music has charms to soothe the savage beast.

Madeleine might attribute her success to “mostly luck” but to the industry and loyal fans alike, it is the immense talent and utter dedication to her craft that shines through. “Peyroux is a tremendous talent and almost a total intuitive” reflects Larry Klein, “she has the capacity to get the magic. When she sings and plays her guitar, great things happen.”

Singer Mollie O’Brien and guitarist Rich Moore have steadfastly made it their mission to unlock the secrets of the diverse array of styles that comprise the canon of American Roots Music. Geniuses at interpretation and never sacrificing the essence of the songs they tackle, they are at home with their musical selves. They are unafraid of risk taking, authoritative in their performance and at the very top of their game. And to top it all off, they’re fun.

Online ordering and quick pick-up is available for drinks and snacks - including new premium wine options - like Villa Maria Sauvignon Blanc and Castle Rock Pinot Noir. Orders are accepted starting 1 hour prior to the show, through the entire performance. You can place orders online from your phone at this link. 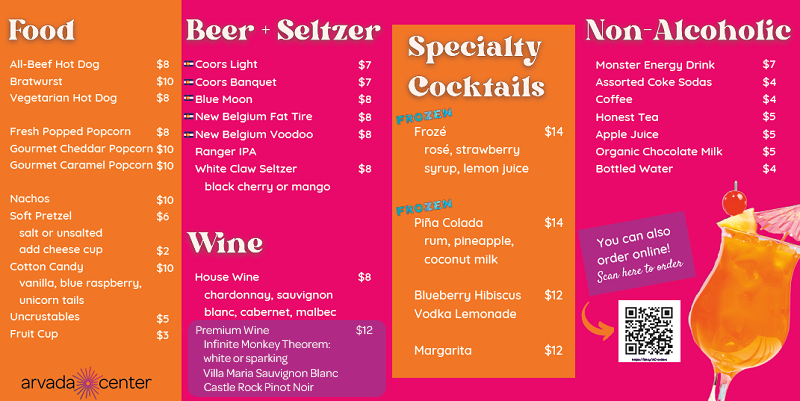