Getting to know Eric Many Winds Herrera and Red Feather Woman

On June 28 the Amplify series continues with a special night curated by Lynne Holman and Carrie Howell of the Denver American Indian Festival. This in-person event promises to be a special, spiritual night filled with music, tribal dancing and inspiration. Get to know a little more about two of the performers and watch them live next Monday at the Arvada Center. 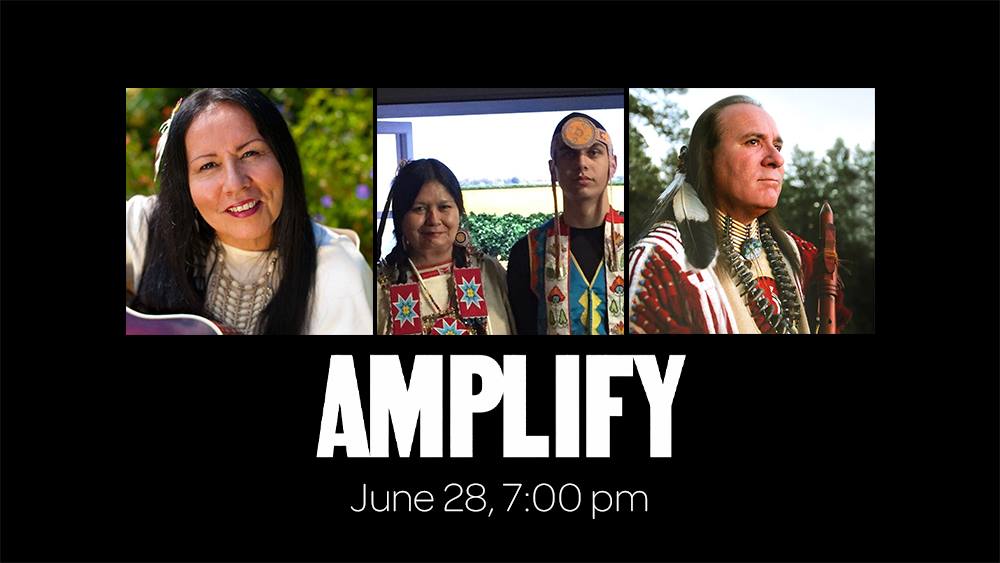 Join us at Amplify

To see Eric Many Winds Herrera and Red Feather Woman perform alongside the Seven Falls Indian Dancers and more in the next Amplify live event, purchase either an in-person ticket or a livestream link. All tickets are $5!

These events are sponsored by:

German. His passion for traditional Native American music has led to a renowned performing and public speaking career that has inspired many. He regularly plays at The Fort, an award-winning western restaurant in Morrison that is a longtime favorite of Coloradans and serves regional game meats such as buffalo, bison, elk and quail.

Beyond his extensive music career, he is also a respected actor. His thirty plus year acting career has seen him in Hollywood films, theatre, documentaries, and he is the founder and owner of Many Winds Entertainment headquartered in Parker. Reverent and kind, Eric Many Winds Herrera leaves audiences in a state of calm and peace.

Rose Red Elk, known by her stage name Red Feather Woman, captivates audiences with her contemporary music infused with tribal mysticism. An accomplished storyteller and musician from the Fort Peck Reservation in Poplar, Montana, she is a member of the

Sioux/Assiniboine tribes, and her mission is to preserve her people’s ancient culture and art forms. This ambassador of peace has toured extensively, including performances in Malta, Turkey, and Pakistan sponsored by the US State Department. With themes of spiritual survival and hope explored in her songs, Red Feather Woman teaches audiences about the importance of nature and Mother Earth in an uplifting way.

After her mother married a man from East Texas, she moved back and forth between Texas and their reservation. With a curious mind, she worked toward three different degrees in different fields before coming to terms with her true calling as an artist while living in Louisville, Colorado. Blending the old with the new, her performances enrich and enlighten through the ancient oral storytelling tradition.

The Amplify Event Series is an extension of the virtual series that was implemented in June of 2020 following the murder of George Floyd and in response to cries for social justice.  Initially, AMPLIFY was designed to provide a platform for Black men and women to express their emotions, thoughts, and feelings through artistic mediums.  With everything from spoken word and song to instrumental music and dance, the impact of this program was deep and diverse.

The live event series expands upon the idea of providing a platform for marginalized artists. By working with renowned artists from our community, we will amplify voices that have not been previously heard.