Story and photos by Leslie Simon

As masked patrons entered the shady front plaza of the Arvada Center outdoor amphitheatre for the first night of our new “Front Porch Series” this past Saturday, one was heard to say “I needed this.” We all needed this, and the inaugural event starring our own graphic designer Pierce Murphy on guitar and vocals with his band the Pierce Murphy Trio showed our patrons how we could thoughtfully use the massive space we have to throw intimate events that are safe and soul-fulfilling. 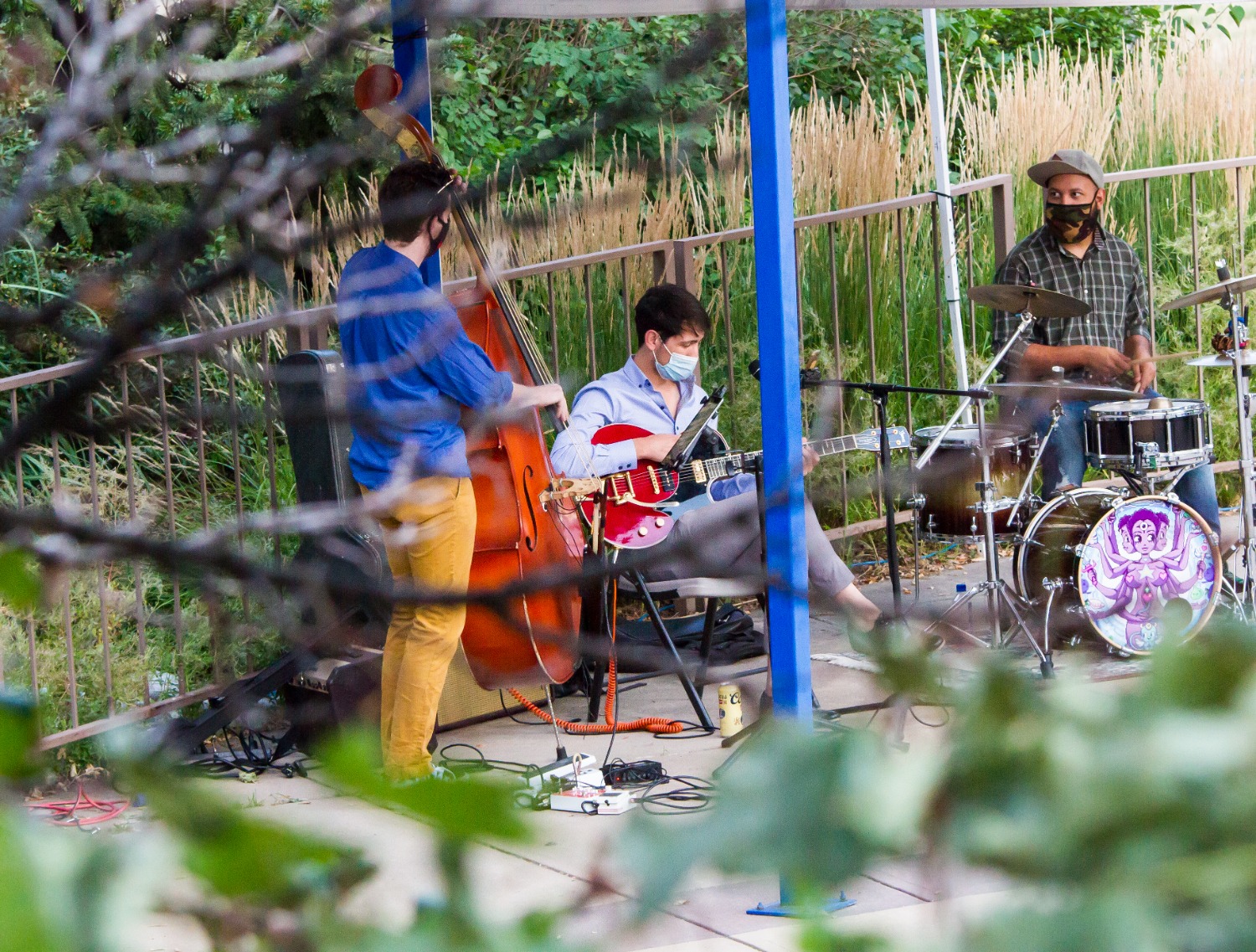 With Brendan O’Donoghue on bass and Chree Bagheera on drums, the Pierce Murphy Trio played two hours of jazz featuring both original and covers. It didn’t matter what decade you were born in - popular songs from every era were played including cooler than cool renditions of 80s hit “Everybody Wants To Rule The World” by Tears for Fears, and Weezer’s “Say It Ain’t So” for the 90s kids. Herbie Hancock’s “Cantaloupe Island” picked up the beat, and Pierce showed himself to be note-perfect both on guitar and vocals. With a deep knowledge of the history of jazz, Pierce is able to compliment that foundation with his own personal style that keeps things modern. Touches of intentional Billie Eilish-tinged pulse register mixed with crunchy, vintage guitar tones that made for a unique sound that is raw but warm.

Pierce isn’t afraid to get personal, and shared a song called “Santa Fe” that was written recently after a trip with his new bride, who was sitting in attendance. Another original song played called “Chania” will be on their new album that they worked on through quarantine – the arts cannot be stopped! 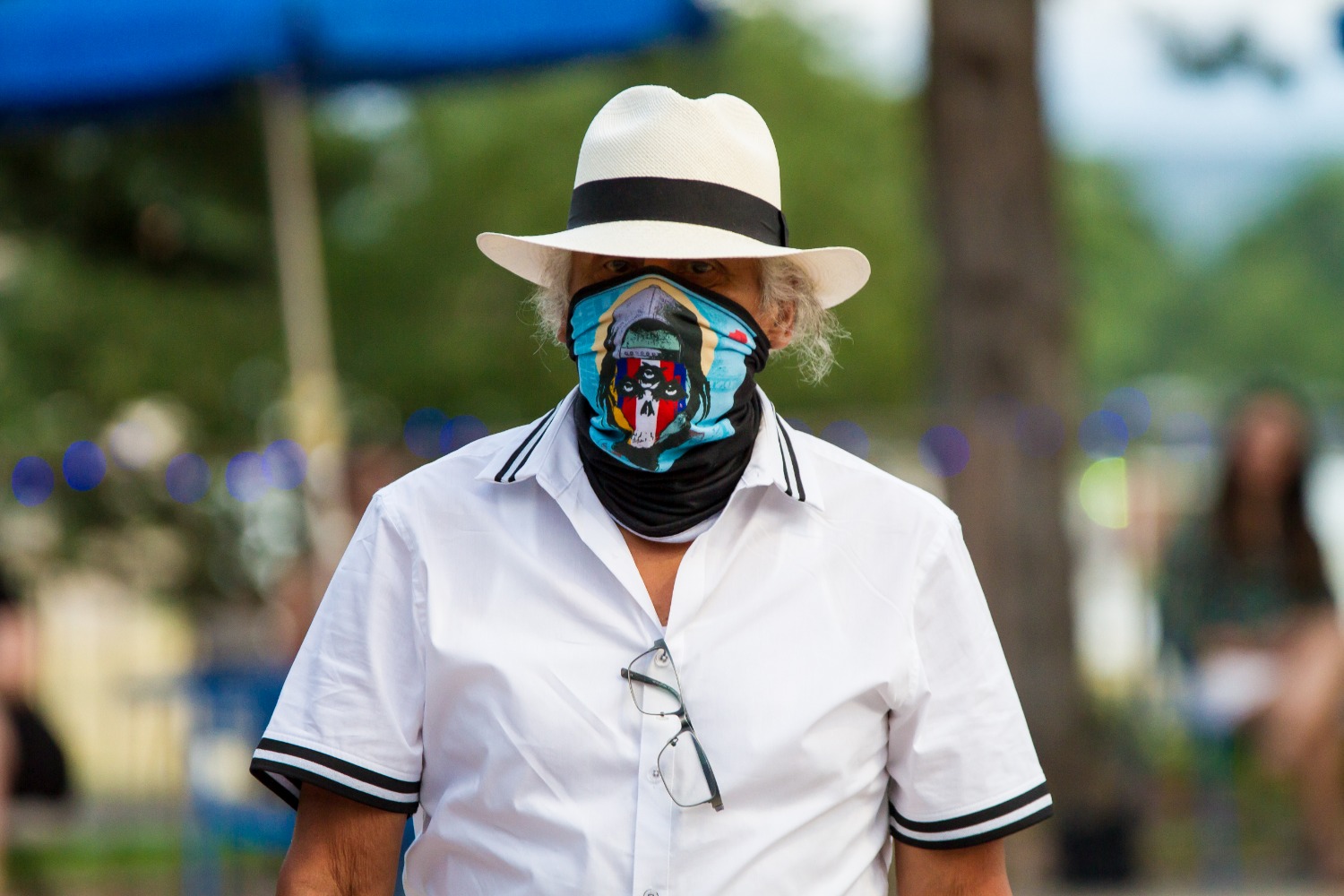 Our corporate partner Lutheran Medical Center generously donated complimentary personal hand sanitizers for the event, and concessions were served out of our outdoor amphitheatre to provide more space between patrons and staff. Kicking off at 7pm on the dot, the near-triple digits of the day quickly cooled to a perfect evening, and with umbrellas at most of the tables and large trees providing even more shade, the night felt magical. 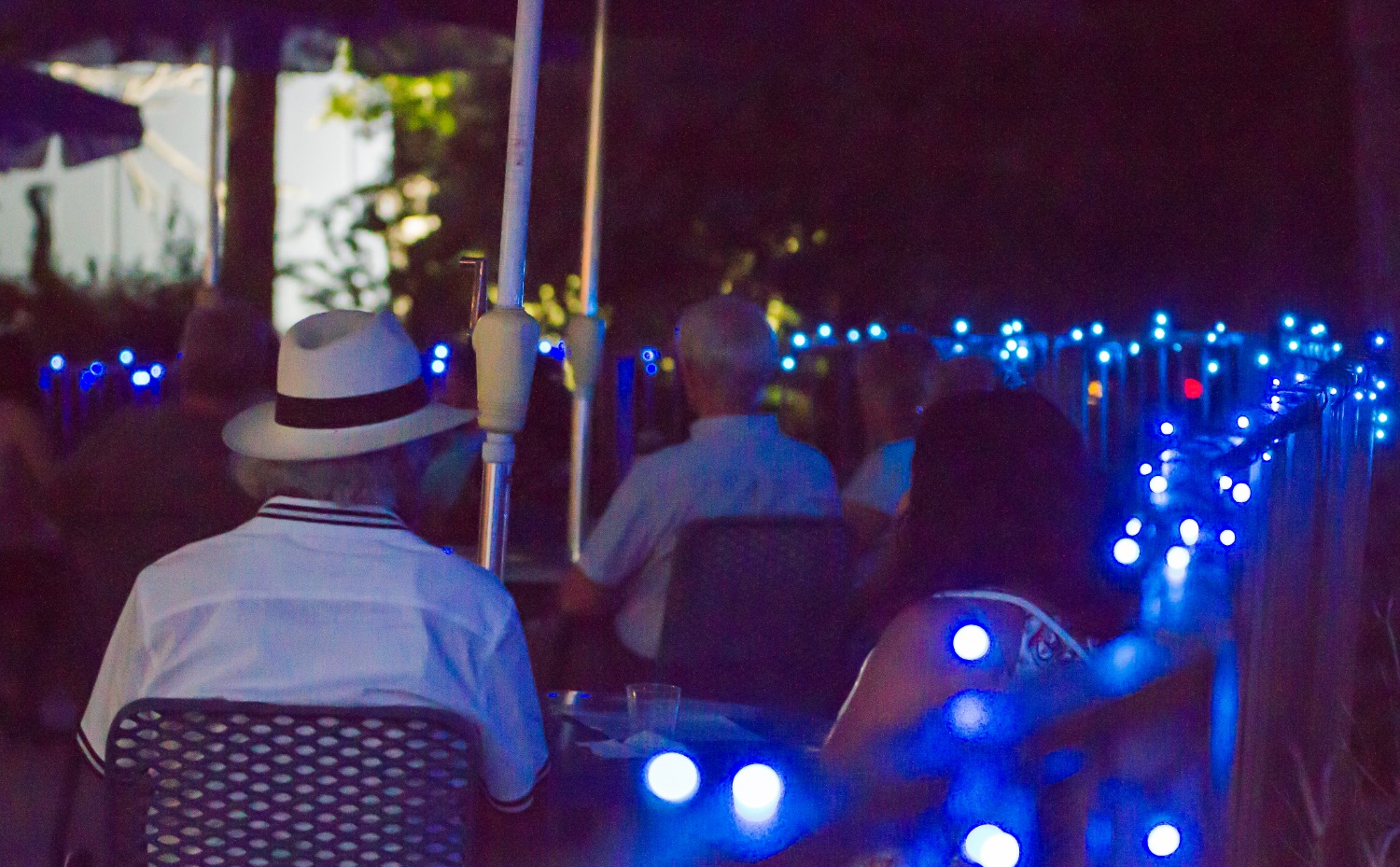 Tables were spaced at least 6 feet apart, and while you were allowed to take your mask off to eat and drink, quite a few patrons chose to wear them through the entire event. Packaged meal boxes were available for pre-purchase from our dining partner Newk’s (was it Newks?), so if you are planning on coming to a future Front Porch event make sure to check out the food options on the event page.  As 9:00 rolled around, the audience exited through delicate blue and white decorative lights while making sure to keep distance between each other. This series sold out before it even started, but stay tuned for more Front Porch Series event announcements with our partner Dazzle Presents. 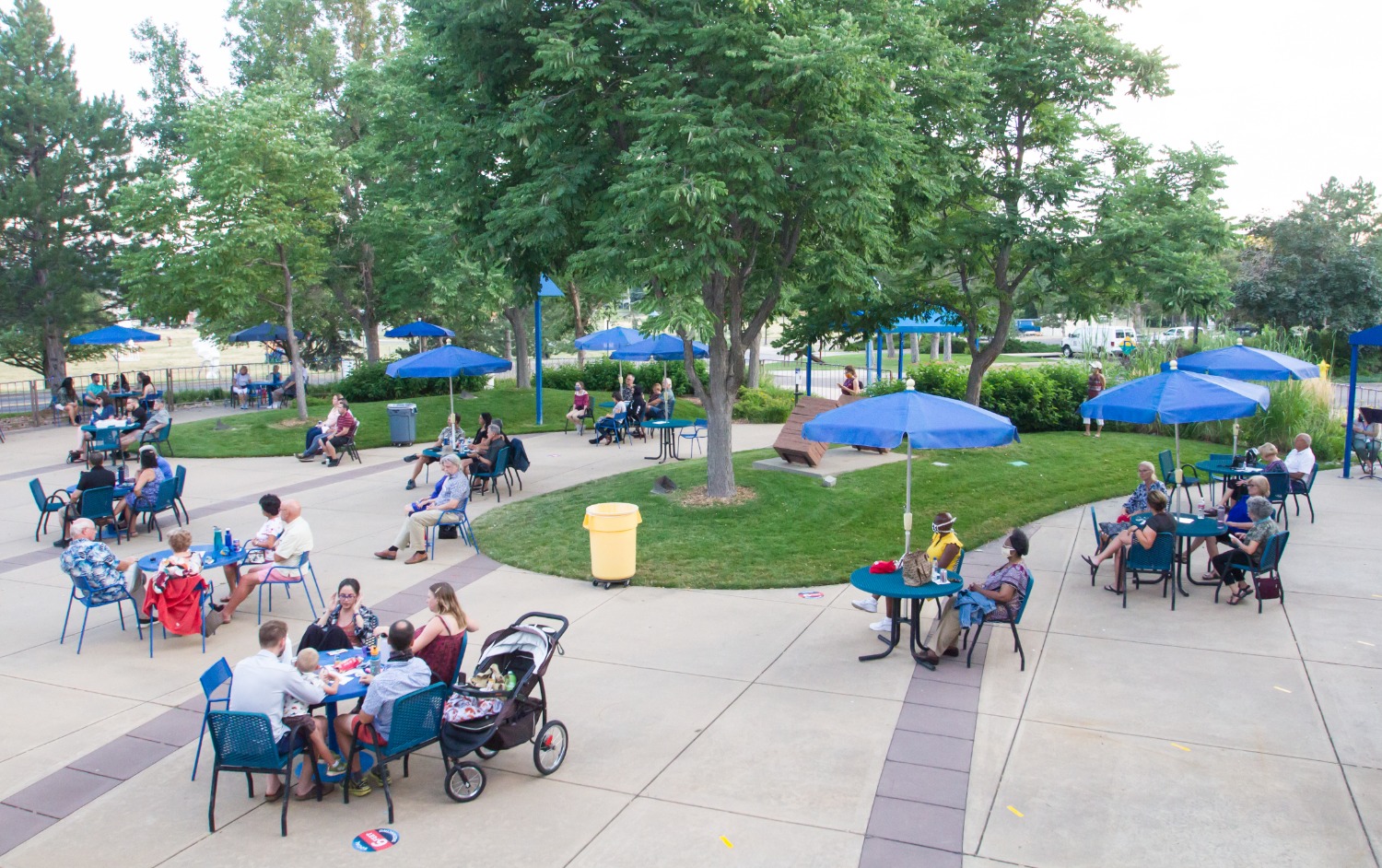 “There Will Never Be Another You” – Chet Baker

“If You Won’t Choose Me” - Original

“Everybody Wants To Rule The World” – Tears for Fears

“Fly Me To The Moon” – Bart Howard

“If You Want Me To Stay” – Sly and the Family Stone

“The Souls On The Jordan” - Original

“All The Stars” – Kendrick Lamar

“Will You Whisper” - Original