Posted by lgirard on June 26th 2006 to Behind the Scenes,In the News 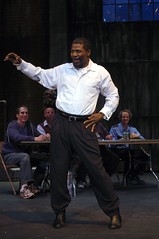 In another article by Denver Post theater critic John Moore, John talks with Milton about his career and roles at the Arvada Center. Read the entire article at The Denver Post website – https://www.denverpost.com/theater/ci_3964085 .

Also, listen to an audio clip of the interview where Milton talks about Dreamgirls being made into a film …

Posted by lgirard on June 26th 2006 to Behind the Scenes,In the News 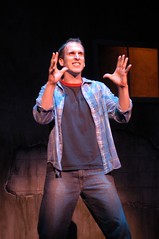 Every week Denver Post theater critic John Moore hosts an audio (podcast) interview with members of the local and national theater community. This week, John talks with Anthony Holds. Holds is currently appearing in the Arvada Center’s production of The Full Monty.

Taking it all off 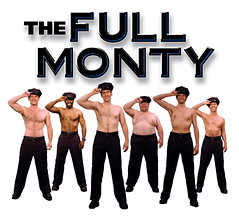 Denver Post theater critic writes about the upcoming return of The Full Monty at the Arvada Center. Here is John Moore’s advance article from that production. It was published June 28, 2005.

“Until now, the most exposed Jim Newman has been on a stage was in the Broadway play Steel Pier, when Kristin Chenoweth ripped his heart out and left him in the emotional buff.

But there’s vulnerable, and there is exposed. Newman will be letting it all hang out when he stars in the Arvada Center’s heartwarming musical comedy The Full Monty, about a group of out-of-work and out-of- shape steelworkers who will drop everything – literally – to feed their families.”

Read the rest of the Denver Post article at https://www.denverpost.com/theater/ci_3963235 .

Posted by lgirard on June 07th 2006 to Uncategorized 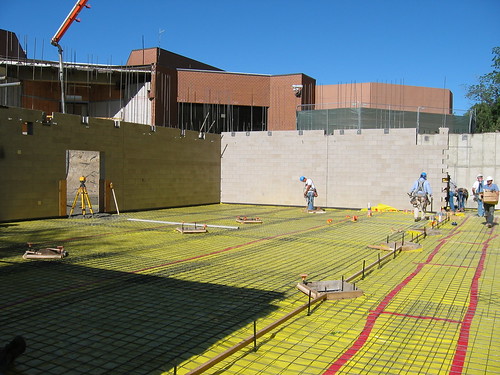 Things are moving fast. Walls are going up, concrete is flowing, and dirt is moving. The nice spring weather has allowed for great progress. If you have not been to the Arvada Center in the past month, take a look at our online photo gallery and see the recent photos of all the new construction work on the expansion. The basement walls are now up and the concrete floor in the basement has been poured.

So what is it all going to look like when it is finished? Take a look at the floor plans for the expansion project.

See past expansion photo galleries at:

What is your favorite design for our new public art piece

What is your favorite design this summer at the Arvada Center?

The Arvada Center announces the finalists for the 2006 Public Art Commission, a sculpture which will be prominently featured in a new outdoor plaza on the north side of the building. This work of art is intended both to mark the completion of Phase I of the Centerâ€™s expansion and serve as a tribute to the Arvada Centerâ€™s 30th Anniversary.

The finalists — Howard Kalish of Brooklyn, New York; Bruce Gueswel of Loveland, Colorado and Kendra Fleischman of Golden, Colorado — are each accomplished sculptors having been selected from a pool of fifty artists or artist teams who submitted proposals from throughout the country. Maquettes of each artistâ€™s design concept were officially unveiled at the Arvada Centerâ€™s Wine and Arts Classic on Friday, June 2. They are now on display in the Arvada Centerâ€™s main entrance until September 30, during which time the public will have the opportunity to vote on its favorite design. View the maquettes at:

The winning selection will be announced at the Arvada Centerâ€™s 30th Anniversary celebration on November 5. The artwork is expected to be completed and installed by May 2007.

The Arvada Center has two other public art pieces on its premises. Funding for this $65,000 commission is being privately raised and will not come from the $6.5 million set aside for the expansion. Saunders Construction, Inc., the General Contractor for the expansion project, has kicked off the campaign with a $15,000 lead gift. For more information on how you can contribute to the Public Art Program, call (720) 898-7227.

“Dancing on the Stairs” by Kendra Fleischman 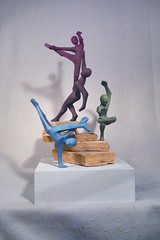 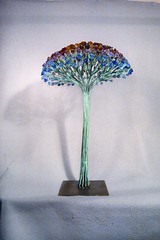 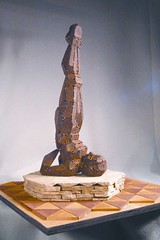 Tell us your favorite design in the comments below.