Posted by lgirard on July 31st 2007 to Behind the Scenes,Center News,In the News

Arvada Center classes attract more than 25,000 participants of all ages from across the metro area each year. And according to Bob Smith, a master in ceramic sculpting, if you like to play with earth, fire, water and air then ceramics is for you. You don’t have to live in Arvada to take part. The Arvada Center offers over 600 courses a year in the performing arts, dance, music, visual arts, and ceramics.

We are fully equipped, with eleven studios and classrooms, three dance studios, a ceramics studio and a photography lab. Programs like ArtStart introduce youngsters to the arts while our Arts for Ageless Adults program focuses on courses for retired or semi-retired adults. Check out our current classes by category and register online. Or call 720-898-7200 for further information.

Posted by lgirard on July 24th 2007 to Center News

Arvada Center’s Burt & Dolly Look-alike contest reaches nationwide. In the age of internet we are now able to see just how far a fun and crazy event and contest like this reaches. Thanks for all you support. 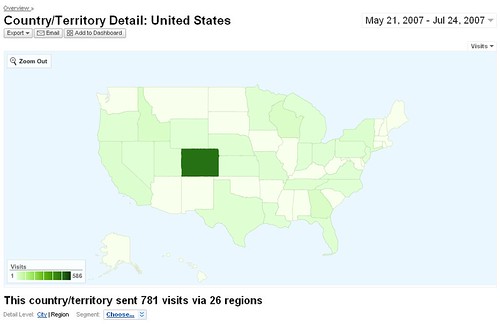 Posted by lgirard on July 24th 2007 to Center News,Lobby Talk

Auditions are being held at the end of the month. (July 2007)

Posted by lgirard on July 16th 2007 to In the News,Press Room

Gene Sobczak, currently executive vice president of the Colorado Symphony Orchestra, has been named the new Executive Director of the Arvada Center for the Arts and Humanities.

Sobczak brings 19 years of private sector and non-profit management experience to the position. In addition to his position with the Colorado Symphony Orchestra, Sobczak has held the position of vice president or director of Marketing with three organizations-the Los Angeles Philharmonic Association, MediCredit and Fred Sands Realtors. He has a Bachelor of Arts in Journalism and English from Rutgers University.

The Boyz are coming to town…

Posted by lgirard on July 16th 2007 to Center News,In the News,Lobby Talk

The Boyz are coming to town.
Great newsâ€¦Altar Boyz, the acclaimed Off-Broadway musical comedy, is coming to the Arvada Center April 2008. Winner of the coveted Outer Critics Circle Award for Best Musical Off-Broadway, Altar Boyz is the longest running new musical comedy to open in New York in years! Altar Boyz tells the holy inspiring story of 5 small-town boys, Matthew, Mark, Luke, Juan and Abraham, trying to save the world one screaming fan at a time. This heavenly boy band is a pop sensation with a mix of extraordinary music, amazing choreography and lighthearted fun- a pure delight thatâ€™s suitable for all ages. Altar Boyz will alter your heart and mind!