Posted by lgirard on August 28th 2007 to Center News,In the News,Lobby Talk

During his five years at the Colorado Symphony Orchestra, Sobczak built a reputation for creative marketing that sold more tickets at a time when most symphonies were selling fewer tickets. That’s good news for the Arvada Center, where he starts Sept. 4, since it recently expanded and faces increased competition from other arts centers and the city’s expanding entertainment options.

Kids travels through time on the Titanic

Posted by lgirard on August 28th 2007 to Center News,In the News,Lobby Talk

Rebecca Salomonsson, a performer with the Arvada Center for the Arts and Humanities, portrays Molly Brown, Denver’s unsinkable heroine. Kids can act as Titanic time-travelers while learning about the ill-fated ship.

We are proud to say that we have raised over $900,000 in 14 years. Each year we hold the car show on the last Sunday of August at the Arvada Center for the Arts and Humanities. The show is great entertainment for the whole family with hundreds of cars, trucks, motorcycles, and even boats to look at. Food is available like our pancake breakfast, firefighter’s chili, ice cream & Pepsi. At the end of the show the raffle car is given away. Raffle tickets are $5 each or 6 for $25. The proceeds go to the burn center at The Children’s Hospital for patient care and prevention.

Music with a View

Posted by lgirard on August 20th 2007 to Center News,In the News 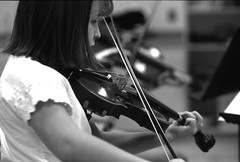 The Arvada Center for the Arts and Humanities announces its 2007-2008 Music with a View seriesâ€”an eclectic program of one-hour concerts presented in the intimate setting of the Center’s Lower Gallery. Demand has been high for Music with a View concert packages, so we have created a package for the 2007-2008 season that offers you both savings and flexibility. A six concert pick-a-pack package is available for $66; single tickets cost $12. Seating is limited for this popular series and concerts sell out fast, so order your tickets now! <<READ MORE ABOUT MUSIC WITH A VIEW AND UPCOMING EVENT SCHEDULE>>

Posted by lgirard on August 20th 2007 to Friends of the Center,In the News

The Arvada Council for the Arts and Humanities is pleased to announce the addition of three new council members: Jay Fox, Althea Mortensen and Alethea Smock.