Building on a larger concept

Posted by lgirard on February 21st 2008 to Friends of the Center,In the News

Emmett Culligan decided that to become an artist, the first step was to head to New York, where he could immerse himself in the legacy of the Art Students League.

“I went to learn the craft of painting,” said the Colorado native. “They have that great tradition, the Ashcan School, Edward Hopper and Robert Henri – what gave America its first cultural identity.”

But the pull of Colorado was too strong…

On the plus side…

Posted by lgirard on February 21st 2008 to In the News 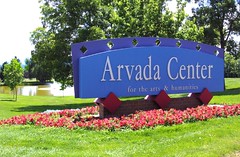 On the plus side
After upswing year, arts groups eye challenges, future

They’re on a roll: The 13 arts and culture groups surveyed for the seventh annual State of the Arts report combined for attendance of 6.08 million, the highest total since the Rocky started tracking the groups in 2000….

* Challenges: Attendance and subscriptions suffered a minor dip, which Sobczak attributes to increased performances because of the Black Box. Overwhelmed patrons chose not to renew their subscriptions, and the competing theaters siphoned audience from each other.

* What’s next: Sobczak wants to renew emphasis on development, increasing the department’s staffing. He also hopes to offer online versions of classes such as yoga.

Check out the whole article at Rocky Mountain News’ website.

Our Very Own Collin – “Parson in Lights”

Posted by lgirard on February 20th 2008 to Center News,In the News

As the exhibition designer, Parson is the man behind the art shows in a center that also houses a professional theater, children’s theater, concerts, art exhibitions, a history museum and numerous classes and activities.

When 25-year-old Collin Parson rolls his “crash cart” out from what he calls “the dirty shop,” he’s got a job to do.

Good job Collin!!! Recognition is all you deserve.

Frog and Toad Leap Into Action

Posted by lgirard on February 19th 2008 to Center News 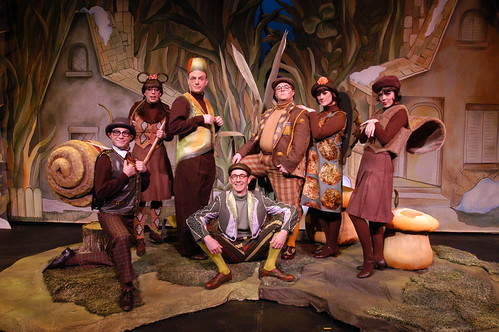 In Our Main Stage Theater

Ideal for ages 3 and older

Based on the awarding-winning books by Arnold Lobel, A Year With Frog and Toad follows the adventures of two best friends, the cheerful and popular Frog and the grumpy, “worry-wart” Toad, as they journey through four fun-filled seasons. Waking from hibernation, they plant gardens, meet new friends, swim, rake leaves, go sledding and learn about friendship and the different things that make each of us special. With its jazzy, upbeat sound and a score that bubbles, this charming musical and three-time TonyÂ® Award nominee is sure to entertain both children and adults alike! 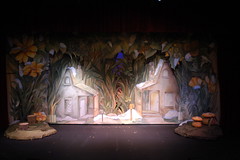 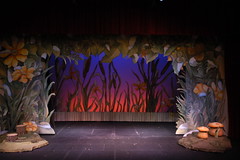 REVIEWS – Of Mice and Men

Posted by lgirard on February 11th 2008 to Center News,In the News

f anyone has wondered why the Arvada Center needed its intimate new studio theater, “Of Mice and Men” offers up the best reason to date. Effectively mingling material, manpower and edifice, Terry Dodd’s confident new staging breathes life into an American classic that by all rights should have choked on its own dust decades ago.

Instead, it turns vibrant and urgent in the new theater’s closer quarters.

“Of Mice and Men” is, of course, John Steinbeck’s 71-year-old tumbleweed about frontier hobos living off the fat of a land that, ironically, has no fat to live off of. And while it may not have been swallowed whole in the cavernous mainstage theater next door, it would have lost in immediacy and contrast. Here, loyal dreamer George’s contained introspection is effectively set against the David’s- eye view the audience gets of Lennie, the enormous, sweet simpleton capable of unintentional violence at any time.

After all, the closer you stand to a giant, the more gigantic he seems.

With a familiar tale, sometimes the biggest gift a new production gives is taking a lesser character and casting him in a new light.

In the Arvada Center production of Of Mice and Men, directed by Terry Dodd, the most moving moments come not from George and Lennie – although the climax is, as always, crushing – but from Candy, a beaten old farmhand given life and pathos by Louis Schaefer.