Posted by lgirard on April 02nd 2009 to Center News,In the News,Press Room

ARVADA, CO â€“ The Arvada Center for the Arts and Humanities is excited to announce its 2009/2010 theater season, a lineup sure to rival the previous record-breaking season.

With the nationwide downturn in the economy, many arts organizations are instituting massive cutbacks, staff layoffs and trimmed-down seasons, due to many factors but more specifically to shrinking donations, and depressed ticket sales. The Arvada Center, however, is managing to do something few other arts organizations across the country only hope for: continue providing Broadway-quality Theater to sold-out houses.

Despite these precarious economic times, the Center is thriving. Meeting and exceeding goals, due in part to providing programming that people want. During what arguably was one of the most challenging economic periods in recent history, the Arvada Center realized a 30% increase in season subscriptions. As we look ahead to the year before us, our goals remain aggressive and our ambitions, great. The Arvada Center, thankful for its recent successes and overwhelming support, sees an opportunity to give back and therefore plans to waive all ticketing fees for subscribers has been adopted. These fees will be waived starting with the acquisition and renewal campaigns beginning April 1.

The Arvada Center brings to you another spectacular production by the creators of Les MisÃ©rables. Miss Saigon, the Tony AwardÂ®-winning Broadway blockbuster, will illuminate the intimate setting of the Arvada Center main stage. This pop opera is the 10th longest running Broadway musical and tells a war-time love story of an American G.I. and a Vietnamese bar girl during the fall of Saigon and their heart-wrenching reunion. The hottest ticket in town next fall will be at the Arvada Center.
(Contains mature subject matter.)

First time staged outside of New York, The Second Tosca is a smart, sexy comedy following the backstage antics at an opera house. Author Tom Rowan, an ex-Denverite, has cleverly crafted a cast of sympathetic characters promoting their own agendas while an aging diva is clinging to her last chance for greatness and a rising diva is waiting in the wings for her chance in the spotlight. A witty story about love, ambition and rivalry, The Second Tosca will pull you in to a real-life soap opera unfolding onstage in the Black Box Theater.
(Contains mature subject matter.)

Joseph returns to the Arvada Center for a limited, one-time only production for the holidays! This award-winning show promises to delight returning audiences and awe first timers with the joyful and â€œcolorfulâ€ retelling of the biblical life of Joseph. Filled with high-spirited songs and energetic choreography, this next generation of Joseph is great for all generations, making it a perfect holiday event for the entire family. 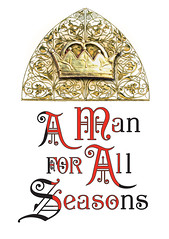 The Arvada Center once again produces a classic play with contemporary relevance. Set in the Black Box Theater, the emotion envelops the audience as the drama plays out about one manâ€™s struggle to stand by his beliefs, remain loyal to his King and the price he pays for his convictions. Robert Boltâ€™s Tony AwardÂ®-winning classic is based on the true story of Sir Thomas More, the 16th century Chancellor of England. This engaging commentary on the treacherous interplay of church and state during the reign of King Henry VIII presents an inescapable ethics lesson.

Randal Keith, Valjean of Les MisÃ©rables fame, returns to the Arvada Center in this regional premiere of Nine. Winner of five Tony AwardsÂ® and inspired by the Fellini film 8Â½, Nine, the musical, serves up the comic plight of Guido Contini, a famous Hollywood film director and aging Casanova. Audiences will be delighted by the hilarious and bizarre musical interchanges between his producer, his wife, his mistress and the actress he needs to woo for his next film. Exquisite music and extravagant scenes makes Nine a â€œTenâ€ for all theater-goers.
(Contains mature subject matter.)

Sing along with us to â€œDonâ€™t be Cruel,â€ â€œJailhouse Rockâ€ and â€œLove Me Tenderâ€ as a square little town becomes â€œall shook upâ€ when a motorcycle-riding roustabout rolls into town with a song in his heart and an eye for the ladies. All it takes is a little rock â€˜nâ€™ roll for the town to question its intolerance. With over 25 of Elvis Presleyâ€™s greatest hits, this musical is full of mishap and mischievous madness that is sure to rock the house. From the author of the off-Broadway hit musical I Love You, You’re Perfect, Now Change and the winner of the 2005 Theatre World Award, All Shook Up is a great show for all ages.

The Arvada Center for the Arts and Humanities is the nationâ€™s largest arts organization, devoted to all aspects of the arts. We are generously supported by the Scientific & Cultural Facilities District (SCFD). For more information about the Center and our 2009/2010 Theater Season, call the Arvada Center box office at (720) 898-7200 or visit arvadacenter.org.