Posted by lgirard on June 21st 2010 to Center News,In the News,Press Room

The new-look Colorado Theatre Guild Henry Award nominations have come out, with the Arvada Center leading the way with a whopping 29 (count â€˜em) finalists for the fifth annual awards, which will be handed out Monday, July 19, at the Denver Centerâ€™s Space Theatre at the Denver Performing Arts Complex. 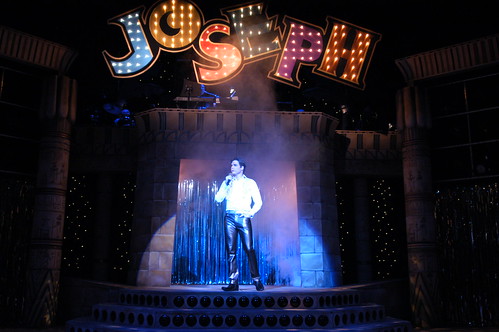 The Arvada Centerâ€™s umpteenth production of â€œJoseph and the Amazing Technicolor Dreamcoatâ€ led all productions with a massive 14 nominations. Its â€œMiss Saigonâ€ closely followed with 12.

2010 Biennial of the Americas

Two-Fisted Art Attack: Denny Dent Retrospective, Headlines Music-in-Art Summer Exhibitions at Arvada Center
The first career retrospective of legendary rock and roll performance painter, the late Denny Dent, leads the summer gallery exhibition series at the Arvada Center.
We also present Convergence: Painting with Music, an exhibition featuring the works of 20 national and regional live performances painters, and Amalie R. Rothschild, Live at the Fillmore East, a Photographic Memoir with photographs of rock and roll legends taken 1968 and 1971 by New York artist Rothschild when Fillmore East was the rock and jazz music capital of the East Coast. All three exhibitions, free and open to the public, run from June 10 to August 29, 2010. 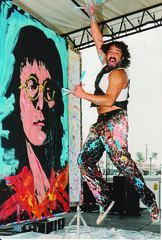 All Shook Up – Over 25 of Elvis Presleyâ€™s greatest hits

Whatâ€™s your connection to Elvis Presley? Undoubtedly, itâ€™s the music, and All Shook Up, running from July 13 to August 8, is all about the musicâ€” youâ€™ve never heard Elvis tunes sound better. With big dance numbers and a six-piece band, the story warms the heart and uplifts the soul. Tickets on sale at www.arvadacenter.org, by calling 720-898-7200, or visiting our box office at 6901 Wadsworth Blvd. in Arvada. 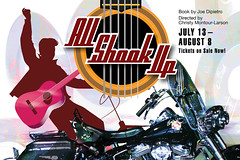 The Arvada Center has 11 weeks of summer camps designed to nurture and inspire the creative spirit in children, from ages 1Â½ to 18. We offer classes in painting, drawing, ceramics, dance, humanities, photography, and drama. Our extended care sessions, Lunch Bunch and After Camp, offer supervised care for those interested in full-day experiences. Register online from our education page at www.arvadacenter.org, or visit or call our box office at 720-898-7200. 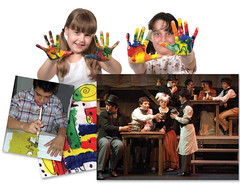