An Interview with Geoffrey Kent, director of The Liar

Decorated director, actor, fight choreographer, and Arvada Center regular Geoffrey Kent has lent his directorial expertise to this knee-slapping adaptation. Consider the many adaptations that The Liar has undergone, and all the directors, actors, and artists that have brought it to life. The following interview is a firsthand look into the vision of the director for this play, production, and how it fits into today’s world.

The Liar by David Ives, adapted from the comedy by Pierre Corneille

Through May 22, in repertory

LR: How does it feel to be returning to the repertory almost two years after the 2020 season was cut short by COVID-19?

GK: The pandemic was brutal for freelance artists like myself and most of the performers I know. I am delighted we assembled a full season and created an opportunity for more collaboration and storytelling at the Arvada Center. Working on Small Mouth Sounds (on our second pass) I was affected by not only the need to create stories to share but the need our audience had to receive them. Talkbacks were confessions of what theatre means and, “When will you make more?” I am honored to be back in the director chair. 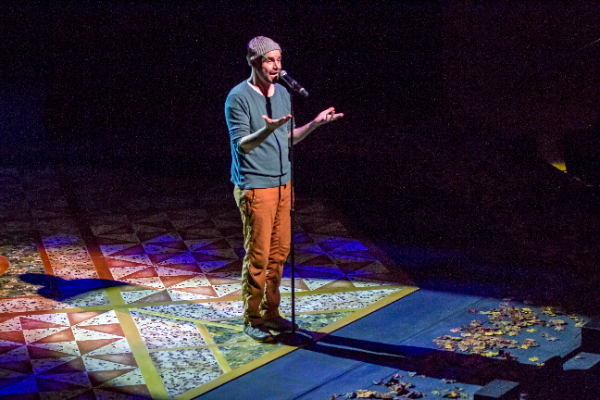 LR: This play is written almost entirely in rhymed couplets. How does this inform your approach as a director?

GK: There is a danger with any play that rhymes that it could devolve into a really long Dr. Seuss manifesto. This play has a high word count and a ton of contemporary references and humor. I discovered during callbacks that part of the comedy of the rhyme is pace, keeping the text zippy and frothy and letting the language deliver some of the humor for us. Then you don’t have to lean into the rhyme; you can just skip the text like a pebble until the next groin kick.

LR: Have you worked on any 17th Century French plays before? Corneille? Moliere? Racine? What about this period of dramatic literature resonates with us today?

GK: Corneille is fairly new to me,  but I can’t escape nightmares of my junior year in high school as Harpagon in The Miser (Moliere). We had a special effects makeup expert that used latex and tissue to create these incredible wrinkles and age for the first dress rehearsal. After that I was on my own and my teen thumbs devolved it into Freddy Kruger in France. I’m pretty sure one of my cheeks completely fell off in the first scene.

French farce, notably Corneille, is rife with lovers and liars, mistaken identity, misdelivered notes, the occasional invisible swashbuckle, and more. I think The Liar is a wonderful antidote to stress and encourages us to put our energy into chasing what is most important for all of us - love. Also groin kicks.

LR: Have you worked on any David Ives plays before? Which? What about his work resonates with you?

GK: I’m certainly a fan of All in the Timing, which is essentially intellectual sketch comedy though I am not certain I will ever understand, “Philip Glass Buys a Loaf of Bread.” I have also worked on The Liar as a choreographer at the Denver Center for the Performing Arts Theatre Company and the Utah Shakespeare Festival. Both productions were wildly different and equally hilarious, so I have high hopes our team will develop our own sense of humor for our Arvada version. 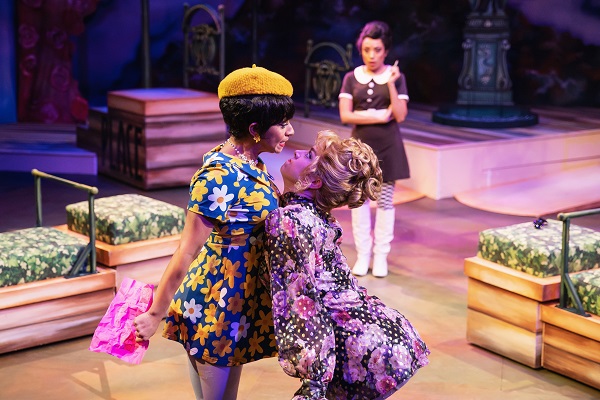 LR: Dorante tells us in the play that “Lying is so simple”. Do you agree?

GK: Yes. But the repercussions are often going to make the cost of that lie outweigh the short-term benefit. 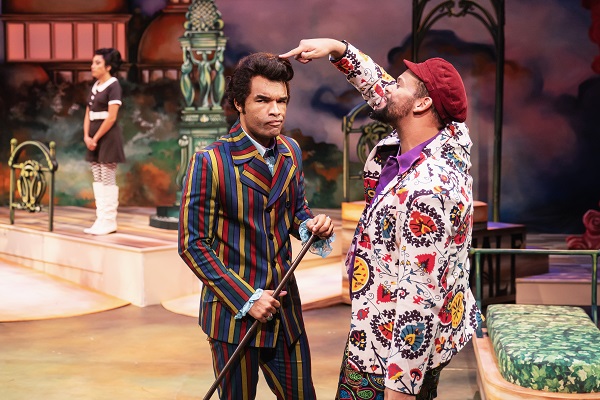 Ryan George and Topher Embrey in The Liar, photo by Amanda Tipton

LR: In a world of fake news, deep-fakes, “alternative facts”, and ever-conflicting narratives, what does a play about a compulsive liar in love tell us about our own nature and how we might navigate this crazy world?

GK: Ultimately, with no spoilers intended, I think we will find all of our protagonists ultimately get what they want by finding the truth in themselves. A damn fine message for anyone in today's world. Also, the preponderance of lies in this play are often inflated by the whole-hearted belief in them and a desire to pass them along.  In our play that will lead to… well groin kicks. But in real life that game of telephone with a lie can be disastrous.

This story definitely has a lesson in the importance of truth and fact-checking and questioning ones own bias. We may do it in rhyming couplets with a smile, but there is a lesson to be had amongst the laughter—my favorite way to learn and I hope for our audience too.