Following a long career of artistic excellence and leadership, Arvada Center Producing Artistic Director of Musical Theatre Rod A. Lansberry today announced his retirement from the organization after a tenure of 30 years.

After graduating from Loretto Heights College in Denver, Lansberry began his work at various well-known theatres in the metro area.  A true jack-of-all-trades, Lansberry worked in several departments of theatres including stage management, costume design, prop management, and scenic design.

In 1992, Lansberry joined the Arvada Center for the Arts and Humanities as a stage manager and grew in his role eventually reaching his current title of Producing Artistic Director of Musical Theatre.

With his first directorial effort, Violet, Lansberry began a streak of work that received awards and critical acclaim for his musical theatre productions and overall direction.  Some of the highlights of his diverse resume include productions of Man of La Mancha, Les Misérables, Miss Saigon, La Cage Aux Folles and Ragtime. 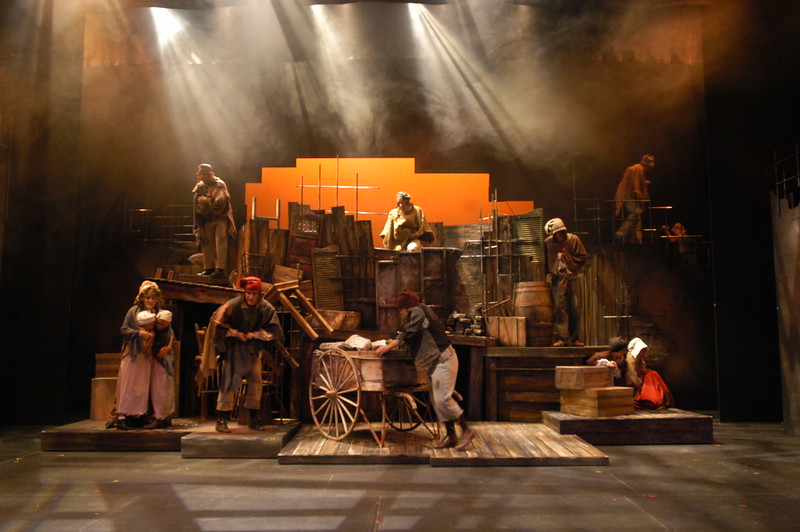 “I’m proud of everything we’ve been able to accomplish at the Arvada Center,” said Lansberry.  “Specifically, I am so pleased that we have created a tradition of great performance that sets the bar for theatre in our region.”

“Rod has been a positive force,” added Arvada Center President and CEO, Philip Sneed.  “His steadfast dedication to our organization is inspiring and we are grateful to all that he has brought to our staff, artists, actors, designers, crewmembers and patrons.”

Lansberry leaves behind a great tradition of theatre at the Arvada Center that will continue into the previously announced 2022-2023 season.  Temporarily, internal staff will helm musical theatre productions until a decision is made on overall artistic leadership and structure.